I Made A Thing!
(well I designed it at least and gave it a score)

I fell into the roles of Team Lead, Lead Designer and the expected Composer/Producer role for the game Gotta Get To Class. Nobody said anything or perhaps even noticed, but it was my very first video game design and I am very proud of it. So when coder CROMartin was confused about the initial game play he asked "Can you visualize it?" and I drew this: 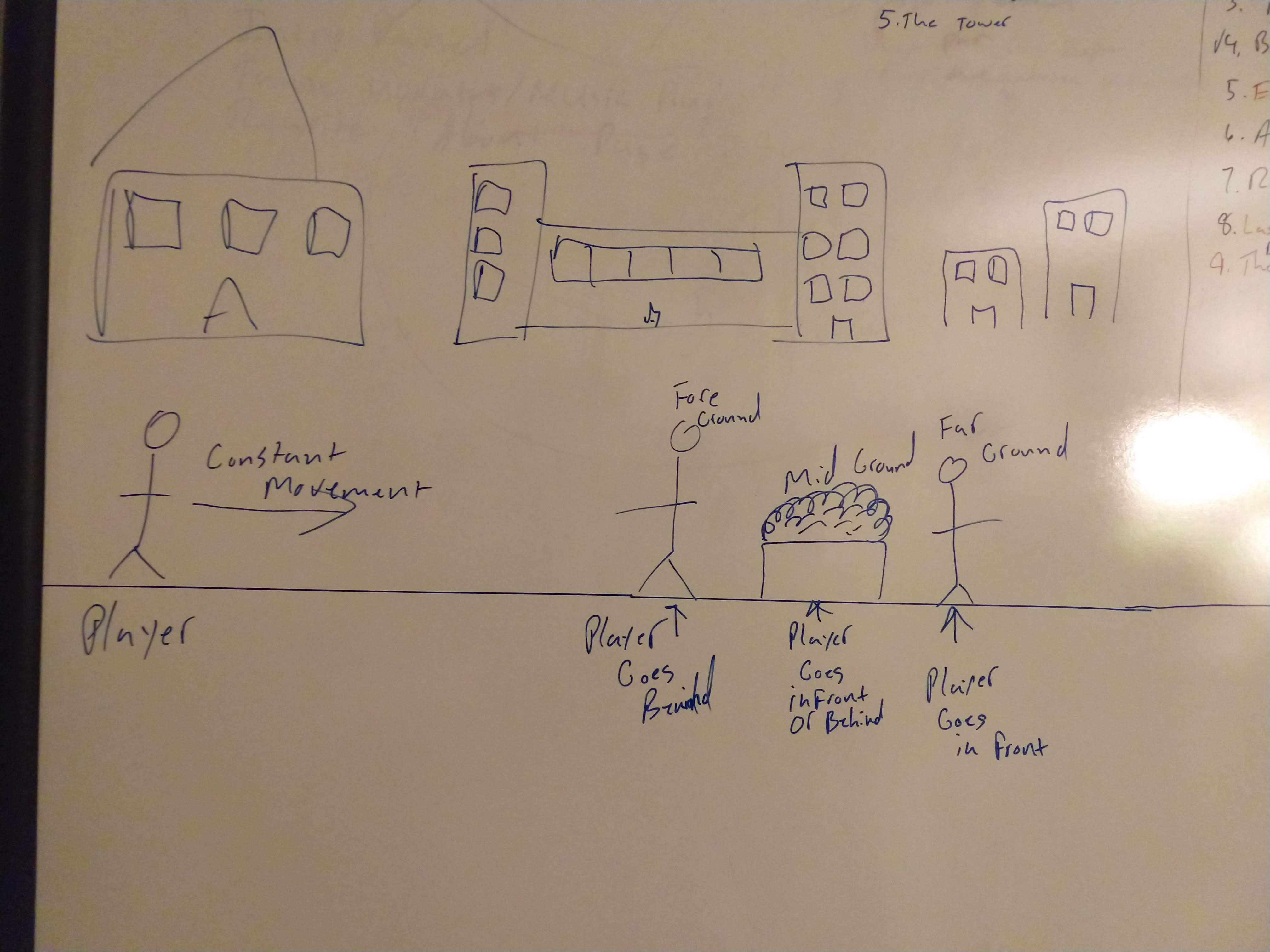 And that whiteboard drawing became Gotta Get To Class, a game by Will Leamon, produced by Will and CROMartin (we're big on aliases and nicknames in the game jam community).

So that's Movie, Album and now Video Game - I'm going to have to start adding more stuff to the bucket list!